Thomas Tuchel proves again that he is a top coach after beating two of the best in the game with Manchester City trashing coming back to back. 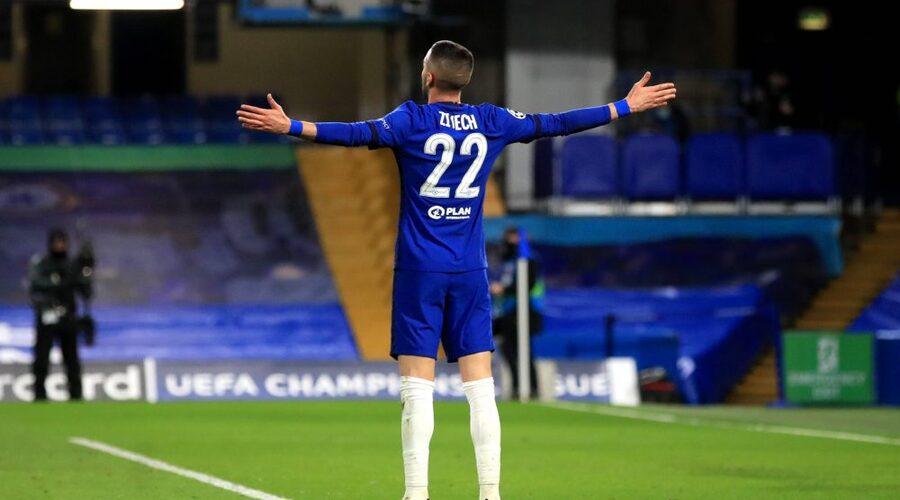 Thomas Tuchel has beaten the best in the game with Manchester City’s trashing coming back to back as the headline reads. The German tactician took over from Frank Lampard a rookie coach just starting his managerial career, but sadly the English and club legend was given a marching order at Stamford Bridge, while the German coach at the other end was also shown the back door at PSG before being acquired by Chelsea. The appointment, however, raised mixed feelings among fans, supporters, and club faithful globally, with fans questioning the appointment of Thomas Tuchel.

But since arrival, the German tactician has proved he worths every penny of the contract and he has stats to back it up. The German has twice beaten Guardiola this season, first was the FA cup semi-final, dealing a massive blow to City’s treble season, as if that was not enough, the same feat was repeated when they met in the league clash. A win for City would have seen them lift the league, they had their supporters gathered around in view to celebrating with their favourite team, but their party was spoilt.

Despite beating City twice, Thomas Tuchel is not stupid, he knows he has not beaten the best City eleven but with a mix of first eleven and having beaten them twice, gives him and Chelsea a psychological advantage and it can only make them believe and dream that City can be beaten. Thomas Tuchel knows quite well City will come raining thunder and fire come May 29at Instanbul when they play the UCL final.

The same was the case when Liverpool formed a thick skin over City that made City win just one out of eleven encounters with the reds between 2014 and 2019.  Perhaps German tacticians have the antidote for Guardiola’s tactics and if that were to be true, they have really mastered the act, all eyes are on the final of May the 29th.

Guardiola’s squad is so large that is very hard to tell who is in the first eleven or who is not, but from the Champions League run-up to the final, we can tell that from that squad only three featured on Saturday against Chelsea, while four featured in the FA Cup semi-final.

Thomas Tuchel knows this and he has it at the back of his mind, but with two wins in a matter of few weeks speaks volume and that can be very tricky for a manager to bear while casting a psychological spell on the players. Whether City will shrug off the defeat to beat Chelsea in the final remain a wonder to behold to football fans alike, but with the victories, Chelsea definitely has an advantage.

Guardiola was very irritated and bad-tempered after the game, the fake way he congratulated Chelsea, the Aguero panenka miss, a foul that should have been given to City for Sterling foul that was not given all made him irritated and all.

It is very hard to overlook the defeat because, in the same manner, Liverpool tore into City, this is not just for this season, a fit-again Liverpool and an informed Manchester United would definitely give City a run for their money. A Chelsea with a very good striker would definitely be a big threat as well.

Before the match, Tuchel had already said a win in this game will not give them an advantage or edge over City in the final. Playing in the UCL final is a different ball game entirely but a successive win is a strong positive for the German tactician and he is seeing the possibilities.

‘It’s not a disadvantage to have this feeling in such a short time to defeat them twice, ‘ he said.

‘The feeling of playing in the final is different, you play for everything and every chance to make you win the game.

‘With this feeling, we are going into the final at Instanbul to conserve how we feel right now and also keep the momentum.

‘With these feeling and belief that we have, the players have high hopes they can do it again and they also want to win big, so the best way to compete in the final is by going in with the self-belief that victory can be attained.

‘The feeling amongst the players, them knowing they truly deserve this is satisfying as a coach. Them knowing why they defend the shirt they are wearing and all motivates me as a coach.’

This is Guardiola’s first final since leaving Barcelona, not even did he make the final when he was at Bayern. He has been accused of overthinking his tactics in the past. Tuchel would have kept Pep’s mind running before the final had he lost to him, but having defeated him twice to this build up would cause the heavens to fall at Instanbul.

Thomas Tuchel has proved again and again in Europe particular that he is not a small coach, the likes of Zidane, Ancelloti, Mourinho have all bowed to his intelligence and tactics.

Guardiola has constantly rotated his squad and that shows how in-depth the squad is, this goes a long way to show he has set his priorities right as they head into the final, and it shows he places more importance on European football and also treat all the competitions differently which makes sense.

‘We will be ready to compete, we played in the UCL and the Premier League, the quality of players that competed today did adapt very well, whatever the outcome, we are going to play for the remaining points to make us winners.’

‘Before now, people said the Premier League was over, Liverpool is still champion as far as I am concerned because there are still points to fight for before the Champions League final. We go away to play Newcastle, we hope we are able to secure points there to crown us champions, but before then, Liverpool remain champions.’

If Manchester United slip, City would be playing at Newcastle winners already, with definitely a guard of honour as champions rather than entering a competitive match. Guardiola knows next season will not be easy for him as teams are gathering momentum and all are willing to spend big come next season.

We can not really say we saw a City dominance this season because they had a very bad start to the season that everyone wrote them off, then teams and defending champion Liverpool began to slip and lost points in the process, City on the other hand found their mojo and here we are, they are league leaders with some distance, this goes a long way to show City are a good side and also have a great coach.

Entering the UCL final, Tuchel carries the advantage, he knows what City would unleash, he has been able to stand what has been initially thrown at him, he knows the best is yet to come from City, and for sure he will be prepared.