Let the raid begin: Bartomeu, CEO Oscar Grau, head of legal services Roman Gomez Ponti and Jaume Masferrer, who acted as an adviser to Bartomeu arrested over social media ‘smear campaign’ against the like of Lionel Messi and co 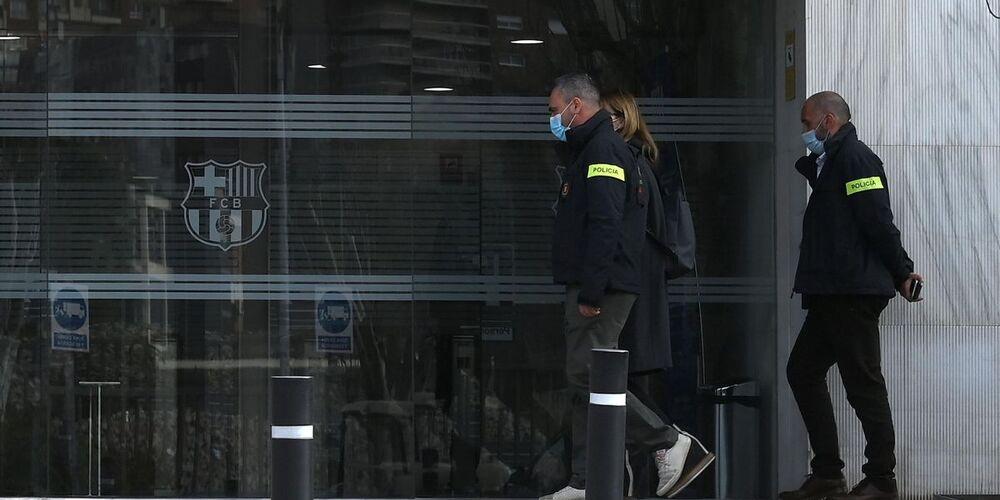 Social media, the world at large and particularly Barca supporters have been thrown into a frenzy following the news that club president Josep Maria Bartomeu, CEO Oscar Grau, head of legal services Roman Gomez Ponti and Jaume Masferrer, who acted as an adviser to Bartomeu, have also been arrested.

On Monday morning there was a search and seize operation by the Catalan police in a bid to uncover pieces of evidence. Spanish police entered Barcelona’s Nou Camp stadium in a search and seize operation. Bartomeu was arrested at home. The Economic Crimes Unit of the Catalonia Police Force are overseeing the searches and have since seized evidence.

According to the press, the arrest is related to last years “Barca Gate”, in club officials were accused of launching a smear campaign against current players like Lionel Messi, Gerrard Pique, and club legends Xavi Hernandez, Pep Guardiola who were critical of the club and president Josep Bartomeu.

It has been reported by the Spanish press that Barca allegedly used 13 ventures, a social media consultancy firm for the scheme. This firm controlled social media accounts like Twitter, Facebook, and even Instagram posting false stories about the likes of Messi and his spouse Antonella, Gerard Pique and legends like Xavi, Pep Guardiola etc.

Barcelona released a statement stating that they are cooperating with the Catalan police carrying out the entry and search operation as instructed by the court.

‘Regarding the entry and search by the Catalan Police force this morning at the Camp Nou, offices by order of the Instructing Court number 13 in Barcelona, which is in charge of the case relating to the contacting of monitoring services on social networks, FC Barcelona has offered up their full collaboration to the legal and police authorities to help make clear facts which are subject to investigation,’ they wrote.

‘FC Barcelona express its utmost respect for the judicial process in place and for the principle of presumed innocence for the people affected within the purview of this investigation.

Last year September the Catalan police filed a report to the judge concerning the club hiring 13 Ventures in monitoring Barca’s social media account and some other economic crimes.

It was reported the club paid the consultancy company 600 per cent above the going rate for their services in managing Barca’s social handles.

An external audit company Pricewatercooper cleared the club of any wrongdoing and also ruled they did not commission 13 Ventures to run a smear campaign against important figures of the club.

After the audit company cleared Barca of any wrongdoing, the club under the rule of Bartomeu has come out to say all the media outfit and persons behind the allegation should also clear them by writing a positive story about the allegation.

13 Ventures has also come out to clear their names of all accusations too, but the police’s further probe into the matter has seen so many secrets uncovered as they got a permit to enter and search the offices of the ex-president who stepped down after his row with Lionel that led to the Argentine submitting a transfer request which was not granted.

Messi told goal, ‘ i spoke to the president, and well, he told me I was free to go to another club at the end of the season, but he did not keep his word.’

All these are happening with the election coming up in less than a week. The scandal has the club in a very bad place coupled with the political turmoil surrounding the club, and the financial debt they are into as a result of the Coronavirus.

The club has been thrown into a deep financial mess as a result of the role of Bartomeu at the hem of affairs, this does not come as a shock really as he followed in the step of his predecessor(Sandro Rosell) who was sent to prison for money laundering and other economic and financial crime.