The perpetrators of Barcelona’s woe have left the club leaving the club in ruins as Barcelona is once again humiliated in Nou Camp by PSG this time to continue their European shame. 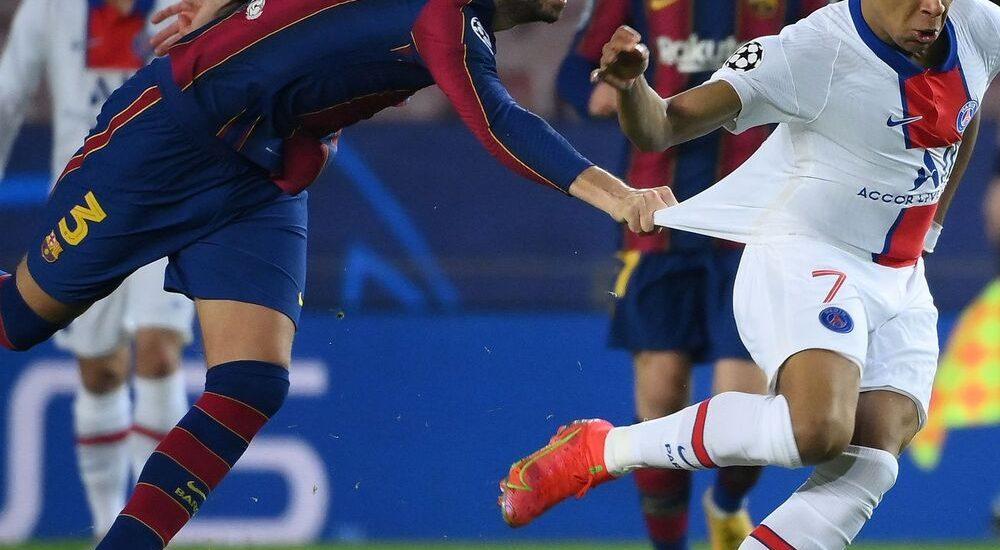 The Catalans were dealt a heavy punch on Tuesday night making it a night to remember for them as they were once again disgraced at the Nou Camp to extend their European shame following an embarrassing night at Portugal, where Bayern laid bare their carcases in footballing terms.

PSG visited with a new head coach who has only been at the club for just forty days, but one who knew Barcelona in and out. Mauricio Pochetino replaced Thomas Tuchel at the hem of affairs at Paris Saint Germaine. The Champions League match was supposed to be a grudge match as PSG was humiliated at this same ground in what was dubbed football’s biggest come back. The Catalans came back from four goals lead to beat PSG at the Camp Nou.

Fast forward today, a repeat of that encounter is what PSG  will try to avoid and Pochetino is quite aware of this. They entered the game well prepared mentally, emotionally, and physical to do battle as they wanted Barca to pay for the misery they piled on them. The Parisians were without their talisman Neymar junior who missed this encounter with an injury, another player that was absent was Angel Di Maria who also was out due to injury.

The trio of Icardi, Mbappe, and Moise Kean led the attack for the Parisian with the latter re-invented under Pochetino.

The encounter last night was never to go in favour of the Catalans but no one expected PSG run riot on them as they did. Kylian Mbappe stole the show with an emphatic display showing that he is the future of the game and he is poised to take the crown from the duo of Messi and Ronaldo that have dominated the male category of the sport. They both have 11 Ballon d’Or to their respective names and have dominated the stage for close to 20 years.

Mbappe at just 22 years is set for the big stage and the world can not but watch in awe of his unique abilities that set him aside from other young talents, he is a joy to watch with a blistering pace, stamina, and an eye for goal. Mbappe bagged a hattrick on Tuesday night as he was too much for the likes of Gerard Pique and Clement Lenglet to contain as he tormented them all night long.

Lionel Messi opened the scoring in the 27 ‘ through a penalty from an assisted pass to Frankie De Jong, the Dutchman was hacked in the 18 ‘ yard box by Layvin Kurzawa which warranted the referee to award a penalty that did not go down well with the Parisian, but after a check by the VAR, the penalty was awarded and was beautifully taken by the captain Lionel Messi leaving Keylor Navas with no chance of stopping the spot-kick.

Before the goal was conceded, the Catalans had struggled from the very beginning and for the first time we saw the Catalans defending very deep in their own half and even when they had the ball, they lacked purpose going forward, they were easily dispossessed by the Parisians. The trio of Messi, Dembele, and Griezmann could not combine as they did a fortnight ago against Deportivo Alaves.

The team’s bad outing would be put on the coach. It was littered all over the social media that Pique made the starting line up not having played since November when he was injured against Athletico Madrid. It was a gamble that did not pay off at last and a foolish one at that because as a coach you are expected to know that a player in the twilight of his career would definitely not fit into a team after three months and expect him to play at a very competitive level. His inclusion in the squad was a total blunder and the Catalans suffered as a result of that. The same backline that got mulled by Bayern Munich were the ones that also started excluding Nelson Semedo that was sold to Everton.

Sergio Busquet should be hanging his boots now, it was glaring the two centre backs could not link up with Busquets, the  Spaniard suffered all night as he could not contain the likes of Mbappe and also the power of Gana, Verrrati, and Leandro.

Barcelona’s endless pursuit of Neymar’s replacement had made them suffer to this day. All attention was channelled to bolstering their attack while other departments of the squad suffered tremendously.

Philipe Coutinho was signed for an astronomical club recording-breaking fee of  £145m. Since his purchase, he has contributed little or nothing to justify the pay he was bought, another stupid buy on the part of the Catalans. Below are his stats and how he has fared so far;

Still, in the bid to replace Neymar, another player was bought for another mammoth fee. Ousmane Dembele was purchased from Borussia Dortmund for £136m. The young French showed promises at first, though he himself said it from the unveiling that he is not Neymar and he would rather be himself and nobody else. Since his signing, he has had challenges with injuries down to misconduct like skipping training session to playing video games in place of sleep, etc. Ousmane Dembele cannot be seen as a wrong buy because he is young with a fine future ahead of him. If there is a future for Barcelona he might as well be considered as the future of the club.

Another buy by the Catalans that many people never saw as a bad buy was the procurement of Antoinne Griezmann from Athletico Madrid. No doubt, the French man is an experienced player and a world cup winner who has proved his mark for Athletico Madrid for Barca to be pursuing him, but if you have Barca DNA ingrained in your heart, body, and soul, you will know Griezmann is not a Barca player and the buy was totally unnecessary. The French man has the best work rate in that squad but unfortunately, that is not enough for being a Barca player though part of it. Little wonders why the French man has struggled to settle into the squad. The way Athletico play is totally different from the way Barcelona as a team play. it doesn’t just stop there, Griezmann’a style of play did not in any way suit that of Barcelona yet the board failed to take this into consideration.

The French man was bought for a whooping £108m and his stats below says the rest.

When you sum up all the money spent on these three players we will have a sum of £389m spent with nothing to show for it.  Barca would have strengthened the squad and still had balance if they have used this money very well. The centre back position where we have Pique, Lenglet, and Umtiti is as good as dead, the trio needs to be allowed to leave while they bring in new and fresh players. Nelson Semedo before he was sold to Everton had no one that could deputize for him, Sergi Roberto was occasionally used there as a makeshift right back. Sergi Roberto has played his new role even better than Nelson Semedo whose natural position is right full-back.

Koeman admitted after the defeat, ‘We lack what it takes to play at the very top level especially in the Champions League and also the players know how out of depth they are against top teams.’

Barcelona will have to rebuild and the rebuilding phase is what they are passing through now and there is no quick fix to doing that, it’s a phase they must pass through.

There is a couple of good news for the Blaugrana’s though. Ansu Fati suffered a horrendous injury to his knee, he should be fit in no time, same goes for Ronald Araujo who is expected to be fit again, while Eric Garcia would be joining for free in the summer. All these are expected to help bolster the squad as they continue to plan and hoping the pandemic goes away to enable them to battle their financial crisis with the fans back at the stadium.

Barcelona needs to get rid of the big-money signings as they have no result to show for it, while they gradually incorporate the young players into the squad, this should be the plan now for Ronald Koeman.

It is a pity the main perpetrators that led to this bad transitioning have left the club by resigning. It has been a total shipwreck with lots of bad decision and a sporting director that was an ex-player that was supposed to know better, the list is endless. It’s a worrying time for the club and hopefully, the election would bring in a new leader that will lead the club into the future.