Messi delivers again a timely reminder of his genius as his contract papers were leaked. 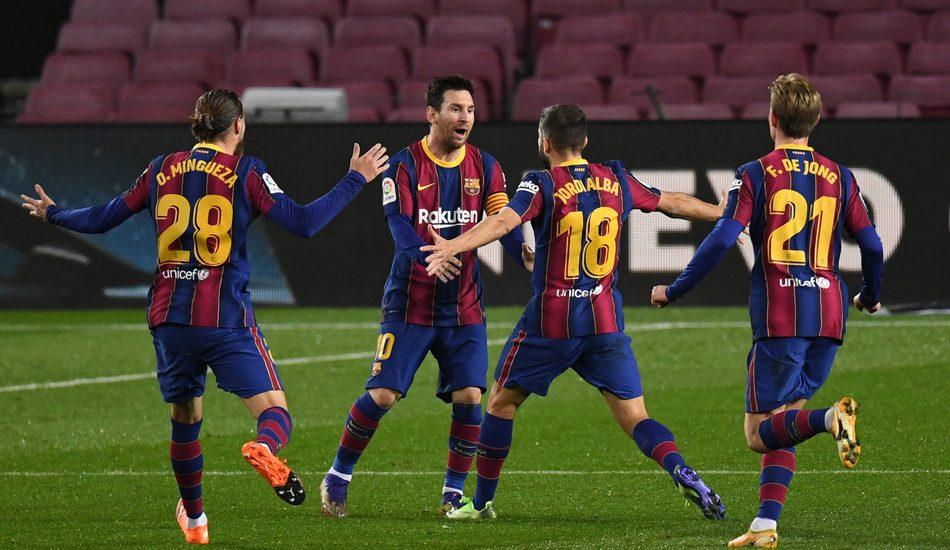 The Argentine has lately been caught up in a pot of various kinds of scandals with the fresh one coming just hours before the La Liga Santander game against Athletico Bilbao. Athletico Bilbao knocked Barca out of the Spanish Super Cup and in the same match Lionel Messi got booked for a red card, the first of his career as a result of an intentional punch on Asier Villalibre in a crunch Cup final, and that got him suspended for two matches.

He(Messi) served the suspension and was suppose to make his return against the same club(Athletic Bilbao) at Camp Nou for a league match. Hours before the match, the Argentines contract was laid bare on El Mundo newspaper. Barcelona has denied being in the know of the scandal and has also threatened to sue the newspaper outfit. The world was waiting for the Argentine not playing in the game as it would throw him off balance, but the diminutive star did not show any sign of stopping or being disturbed.

Lionel Messi curled home an amazing freekick coming off his suspension that served all a reminder of a genius he is, the Argentine star curled the ball home from 25m to gift Barcelona an advantage against Athletico Bilbao at Camp Nou. Despite the effort by Bilbao’s defender Yeray Alvarez to head out the ball from the touchline, the ball beat the defender’s effort and planted the goalkeeper to the ground.

Athletico pulled one back after the break from a counter-attack that caught the Catalans napping forcing a Jordi Alba own goal to make it one all. Antoine Griezmann had a very good game as he won’t stop helping the team both in attack and defence. The French striker finished off an Oscar Mingueza’s square ball to put the Catalans ahead again.

The shocking report showed how Messi’s current deal will end up costing Barcelona €555million (£492m) when it ends this summer. The Argentine will be a free agent by June as the contract was signed 2017, and sadly Barcelona will not get anything from him when his contract ends.

Messi has been guaranteed €138m (£122m) a season in gross salary according to the leaked contract.

The report also goes on to claim that Messi still has five months left on his current deal and has already earned an eye-watering £452m (€511m) so far.

The Argentine is also guaranteed a whopping £3.1m (€3.5m) if Barcelona wins the Champions League – something the club hasn’t achieved since 2015.

Included are variables with Messi banking another £1.75m (€1.9m) if he plays 60 per cent of games while he will receive extra payments each knockout stage of the Champions League he reached, as well as winning LaLiga and the Copa del Rey.

As a result of the leak, Messi’s legal team are furious and are preparing a lawsuit against El Mundo for the leak.

Messi’s contract reveal comes days after the club published their financial report for 2019-20 which revealed a gross debt of €1.2billion (£1bn).

Ronald Koeman had this to say, “If it is from someone inside the club, then it is a bad thing if you are a member of the club you have to help the club itself, you also need to help the manager and also the players. We have to think about our work and that is to win games, and if someone from the club has decided to leak the information then they are not supposed to be part of the club.”