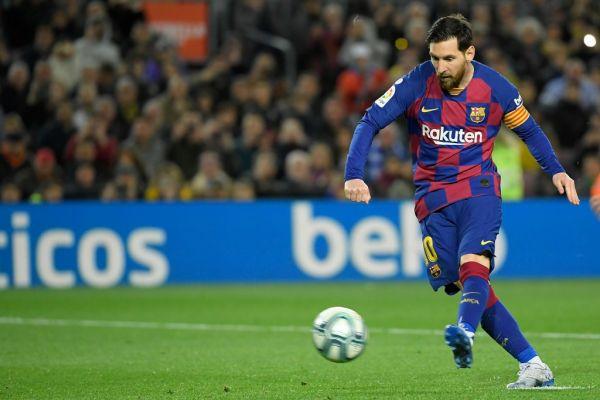 Barcelona is no longer the team that made fans storm the stadia in anticipation of an entertaining victorious win even when they know losing is part of football, the finesse they were known for in playing the beautiful game is changing to something else and there is no name for the way they play these days.

After the loss at Bernabeu last week, Quique Sentien and his second in commander Eder Sarabia have come under serious criticism. Sarabia could not put his temperament in check in the Clasico as the cameras caught him using the “F” word repeatedly and also yelling at the players.

The report gathered after the game in Madrid also suggested he continued talking to the players in the tunnel, and this had sparked so many reactions among Barcelona fans questioning his inclusion in the coaching crew of Quique Sentien, but the coach came out to apologize for the outburst of his second in command saying, “Sarabia’s temperament should not be misconstrued, that his outburst meant well for the club and not the other way round”, he further stated that Sarabia’s temperament is something they are working on and hopefully he will better in no time.

Barcelona’s talisman Lionel Messi is not in form, he has picked up three yellow cards successively in three games, and his performance on the field of play also shows Messi in decline, and anytime he struggles the entire team suffers.

Messi is simply not in his best form, at 32 is he finished? Despite scoring four goals against Eibar, he has struggled to make any impact against big teams this season.

Barcelona is on top of the La Liga table until Real Madrid plays on Sunday, thanks to a Lionel Messi penalty in an unconvincing display yet again.

Robin Le Normands in the bid to head the outside his box eighteen, allowed the ball catch his upper arm, it was reviewed by VAR and a penalty was awarded in favor of Barcelona, and it was beautifully taken by Lionel Messi taking his tally to 19 goals this season.

Despite the win for Barcelona, Real Sociedad played very well away from home and it wasn’t business as usual for the Catalans as they do out played any team that came to Nou Camp, Real Sociedad gave them a good run for their money.

Messi missed a couple of opportunities during the game before the penalty was awarded. He missed a cut back from Alba which when fit would have easily scored, his frustration was further stretched when he was given a yellow card by the referee for a reckless tackle.

He lost a through ball from Sergio Busquet that set him up on one on one with the goalkeeper and he could not beat the keeper, these are goals he would have scored if it wasn’t a dip in form for the Argentine.

Barcelona struggled to control the game in Nou Camp, the fans could be seen waving white handkerchiefs from the beginning to the end of the match calling on the club president Josep Bartomeu to resign.

The fans also could be heard whistling to their team and this is a sign that the fans aren’t happy with the board.

Jordi Alba expressed his displeasure after the game stating,”No one likes to be whistled and even less under 15minutes with the score at goalless. I respect everyone but they need to respect me.”

Real Sociedad are having the best form of their existence, its being 30 years since they last qualified for the Spanish Cup Final, this record was broken as they qualified last week for the final.

The last time they won at Camp Nou was in 1991, and last night was looking as if they were to break another record but it was never to be as chances were missed to put Barca to the sword.

Their young striker Alexsander Isak had the best chance of the game and he squandered it, Alex Remiro was also in good form as he saved a close-range Ivan Rakitic shot.

They played for their missed opportunities when the penalty was blown not in their favor, he (Messi) took it neatly and that defined the game for the night.  Messi scored having not scored in 6 out of 7 games for the Catalans.

Messi isn’t the only one that has a dip in form, Rakitic, Griezmann, Frank De Jong, Semedo, were all not at their best. Nothing was seen from Griezmann all through though he linked well with Messi but could not provide anything special. On the other hand, Martin Braithwaite started his first game for the Catalans and what could be seen was how he has learned so fast the Barca philosophy, he linked up very well with Messi and Griezmann upfront. Some quarters of the fans have compared him to the Swedish legend Henrik Larsson, though Braithewaite has played down the comparison saying, “I don’t want to be compared to the legend Henrik Larsson, I just want to be me.”

Braithewaite had two chances in the first half and he shot it wild as he could not convert the chances, but his movement and pace were electrifying and he got the backing from the home fans as they applauded him.

Real Sociedad coach Imanol Aguacil said,” We deserved a draw”, truth be told they deserved a draw if not a win from their performance, but the scoreline speak differently.

Barca had a late goal ruled out by VAR after a Jordi Alba led counter-attack sort out Ansu Fati, the 17-year-old instead of going for goal decided to cut back returning the favor only for Alba to tap it in effortlessly, but sadly, the VAR after thorough check ruled out the goal as Ansu Fati was inches in an offside position, reducing the scoreline to a goal to nil.